Reach for the Stars! 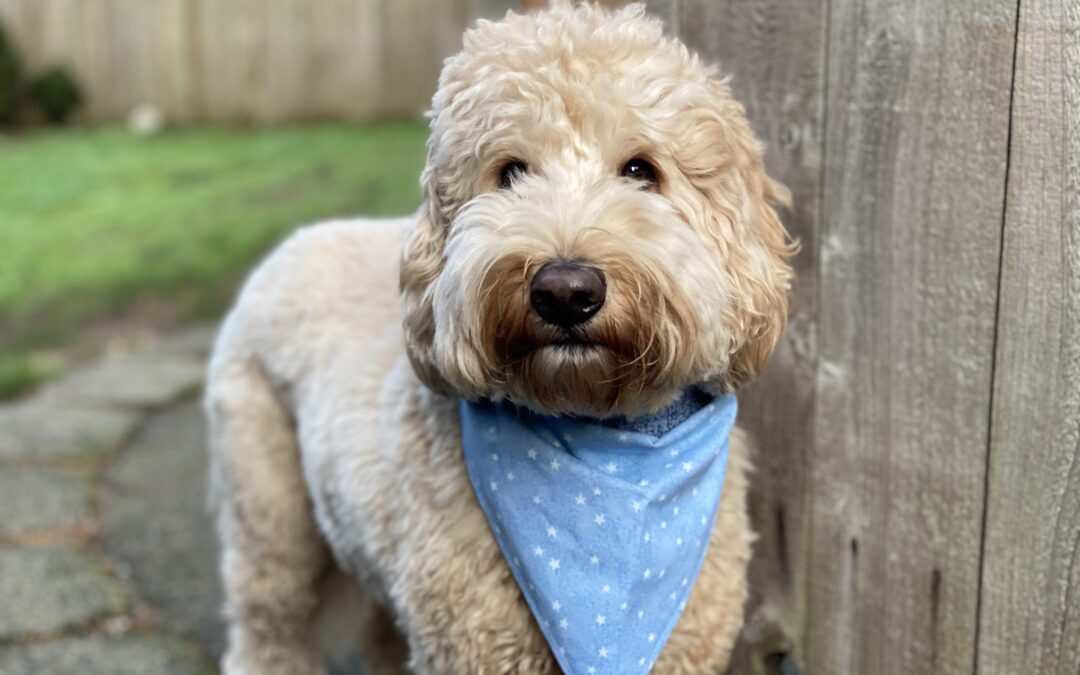 Until just recently, it’s been pouring rain here in the Pacific Northwest, which had me longing for sunshine and thinking about last summer when my humans were teaching me a new trick. They brought out a big round thing, they motioning at it and talking to each other. I had no idea what was going on as they moved this thing up and down, but it seemed like they were discussing where it would go. Finally, that round thing was placed on the ground, my momma held out a treat to me and called, ”HOOP! Come!” Eyeing that treat, I stepped through the circle and ate my treat. We did it a few times until I think my dad got bored because suddenly, he lifted the hoop up off the ground and held it upright. After a little more discussion, my mom called again, ”HOOP! Come!” I calmly walked around the hoop and headed for my treat. They both loudly groaned no, the hoop was set back down on the ground, and we started it all over again. And I didn’t even get my treat!

I never worry about whether I can do something or not. Either I do it, or I don’t. I’ve come to notice that humans appear to have a belief that it may be challenging to do something new. Many times they seem to create a list of reasons why they shouldn’t do that new thing. A belief system is a set of beliefs that a human has, one they may or may not even realize is there. That belief system influences their thinking, impacts how they run their lives, and how they feel. It is the lens through which they see the world, see themselves, and also the people around them. Even unknowingly, those beliefs can determine what may seem right or wrong, and they also shape the decisions that humans make. A limiting belief is one that steals the joy, stops an accomplishment before a paw ever even leaves the ground.

Is there something that you’ve had on your mind to learn or to try? Did you accomplish it, or has something been standing in your way? If that’s the case, do you wonder why it feels challenging for you to do it? I say, reach for the stars! Take that first step through your hoop. Or, if you need to, walk around it like I did until you’re ready to go through. That first step is the most important one, no matter what it looks like. My humans and I will be working on raising that hoop off of the ground, and eventually, I will sail right through. But in the meantime, I’ve already taken my first easy step with the hoop sitting on the ground. While my eyes are looking toward the stars, I’m not worried about what the path may look like to get me there. I am just enjoying the journey on my way.

With my humans, I think many times they don’t realize when their limiting beliefs are impacting things they would like to do. In fact, often, they don’t seem to recognize that their thoughts and ideas are a part of a belief system at all. That’s how sneaky limiting beliefs can be. When you notice a thought that may be holding you back, can you ask yourself the question, “Is this absolutely true, or could something else be true?” Just taking that small action of noticing and being open to the possibility that something different may be true, is the first step toward developing a new way of thinking.

Everyone’s “stars” look different. What are the stars in your life that you have been reaching for, dreaming of? It may be big things like peace in our world, fewer homeless pups or homeless humans. Or perhaps just a small personal change that would make your world a little bit better. That simple step toward your hoop could be the beginning of a shift in your life. I haven’t yet mastered leaping through my hoop a foot or two off of the ground, and I don’t know how long it will take me to do it. But I do know that I will get there, and I have a feeling there will be quite a few treats involved to do it!

Any cookies that may not be particularly necessary for the website to function and is used specifically to collect user personal data via analytics, ads, other embedded contents are termed as non-necessary cookies. It is mandatory to procure user consent prior to running these cookies on your website.